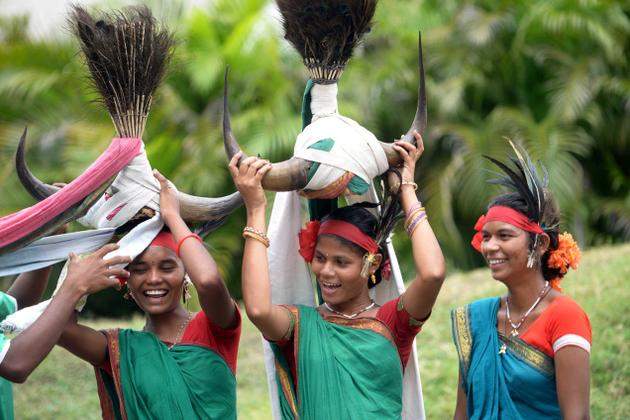 Hunting, farming and dancing is their style of living! Aren’t they cool! They are said to be one of the only primitive tribes who believe in the Evolution Theory. Yes, they believe that life began in water and lead a simple life. This multi-lingual and multi-racial tribe, called KOYA, can be found in Koraput, Warangal, Khammam, Karimnagar and the East and West Godavari districts. A majority of Koyas also have their homes in Orissa and Madhya Pradesh.

The Koya consciousness is said to be revolving around Sammakka — a tribal woman, who existed in the thirteenth century. She is said to have magical powers as she was found playing with a tiger in the forests. Sammakka, her daughter Sarakka, and son Jampanna organized the tribals to resist the Kakatiya invasion of tribal areas. She has said to have mobilized thousands of tribals to put a brave fight against the Kakatiyas around the Jampanna rivulet. Thus she became the powerful image of tribal self-respect and tribal self-rule and gradually attained the status of a Goddess.Every two year, Koyas and other tribes come together to celebrate the heroism of Sammakka and her daughter in Sammakka-Sarakka jatra. This gala fest is unlike any other tribal festival or carnival in India.

Like the usual arranged marriage norm, Koyas select groom and bride through negotiations. But other practices of capture and elopement also exist. Also, a practice of pouring water on the girl symbolizes marriage as the water is the symbol of fertility. There is bride price involved in arranged marriages. Marriage is celebrated for three days. It is not simply an affair between two families. It is an occasion for two villages and all the relatives. Every person carries grain and liquor to a marriage to help the bridgroom’s family. Marriages take place in summer when palm juice is abundantly available. The Bison-horn dance is a special feature on the occasion of a marriage ceremony among the Koyas.

These peasant hunters enjoy dance and music and celebrate birth, marriage and death alike. You can tell a man is Koya by his alluring headgear. Made of polished buffalo horns with veil of cowrie shells, they don’t reveal their faces as they play to make their women dance. What makes these headgears a delight is their top decorated with hornbill feathers. These cowrie-shell veils wards off the evil eye. Women too wear feathers tied with red ribbons while performing the folk dance. Koyas are turning towards modernism, but don’t you want to see them in their natural joie de vivre form. You can try their style and stand distinct in the crowd.

Koya speak in Koya language – a South-Central Dravidian language of the Gondi–Kui group. It is sometimes described as a dialect of Gondi (spoken in Adilabad district in Telangana and in Gondwana region of Central India).